The vegetation on old slag-heaps (mining waste dump sites) differs between the recultivated flat ground and the sloping sides of the original spoil tip. The mining waste may continue to burn inside the slag-heap. The slopes are populated by birches and ferns, with spare grasses. The exposed soil areas offer habitats for plants such as common purslane, red sandspurry, sticky goosefoot and others. The recultivated land has been planted with e.g. red oaks, blue spruces and ornamental shrubs; self-sowing trees such as black locusts have also spread into these areas. The dominant plants are bushgrass and Canadian goldenrod.

An annual plant with mostly prostrate stems which occurs in areas of exposed soil on the slopes of slag-heaps. It grows naturally in fields, where it is cultivated either for food, or as a weed.

Occasionally this species may appear on slag-heaps, though it is not typical; the willowleaf yellowhead generally occurs in light forest undergrowth and on sunny slopes. 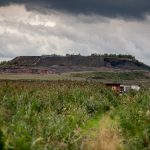 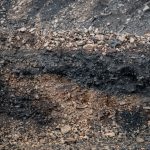 The Ema slag-heap is an example of anthropogenic effects on the geological environment. The accumulated waste from coal mines has created a new Ostrava landmark (elevation 325.5 m above sea level). The heap consists of Carboniferous rocks and overburden: conglomerates, sandstones (greywacke, arkose), siltstone and claystone excavated when digging shafts and boring tunnels along coal seams. When the slag-heap was recultivated, Quaternary gravel sand and soil were scattered over the surface. In the mid-20th century the slag-heap began burning below the surface. The fire was essentially extinguished in the 1970s, but even today the slag-heap remains thermally active, enabling warm-climate vegetation to thrive here. 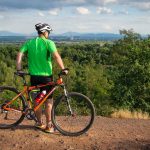 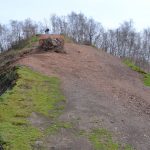 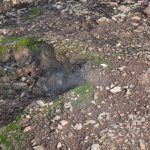 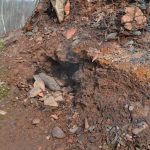