Because transport is one of the major sources of air pollution in Ostrava, and because the City can influence it more than the other sources, one of the City’s key priorities is promoting more eco-friendly transport – by supporting public transport use, promoting pedestrian and cycle transport, reducing the attractiveness of private car transport, and a range of other measures described in the ‘Sustainable Urban Mobility’ section. Several of these measures were introduced by the City’s SUMP in 2015. The most important measures are:

This reduces secondary air pollution caused by vehicle traffic. The City exceeds the minimum legal requirements both in terms of quantity (more frequent and more extensive maintenance) and quality (purchase of new cleaning equipment). Class I–III roads are cleaned twice monthly and sprayed with water to reduce dust; local roads owned by the city are cleaned eight times a month. Since 2008 the City has invested over 769 000 EUR in this intensive cleaning, and in 2014–2016 it spent over 807 000 EUR on new road cleaning equipment.

The City’s measures to increase the attractiveness of public transport and reduce its environmental impact are described in Suistainable Urban Mobility Topic (replacement of diesel buses by modern CNG buses, plans to introduce zero- and low-emission vehicles – including electric buses and partially battery-powered trolleybuses – 96% of the fleet by 2025; user-friendly payment systems, increased safety etc.). It should be emphasized that the key factor in the attractiveness of public transport is the price of tickets. Ticket prices in Ostrava are kept within acceptable limits primarily due to the City’s contribution (up to two-thirds of the actual cost, representing a subsidy of around 1 billion CZK per year). Another key measure is the ongoing integration of the city’s public transport system with bus/train services beyond the city.

In the area of public transport, important steps include not only the phasing-in of low-emission vehicles and the more extensive use of trolleybuses (including partially battery-powered vehicles), but also the construction of new tram routes. The most important example of the latter is the extension of the existing tram route in Poruba (a major residential area); this will feature the latest noise-reduction technology in order to minimize the impact on local residents. New technologies will also be used when modernizing existing tram lines (including dust-reduction systems). The use of telematic systems giving priority to public transport vehicles is another measure that will increase the attractiveness of public transport. 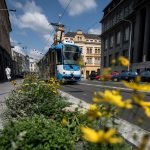 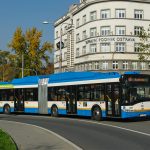 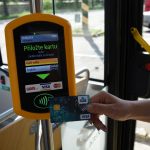 Although unpopular, it is essential to deter private car use, primarily by limiting parking and charging for it (while also improving the quality of parking provision). These measures include the construction of a multi-storey parking garage and new paid car parks; in addition, P+R facilities (primarily at the current and modernized public transport terminals) will enable drivers to leave their vehicles and switch to public transport.

The construction of bypasses to channel traffic away from residential areas will not reduce total emissions (reductions in local emissions due to reduced congestion and better traffic flow are offset by the increased ease of private car use due to the better road network, reduced journey times etc.). However, such projects significantly reduce concentrations of pollutants in heavily populated areas, especially in the vicinity of the busiest roads. The two most important projects of this type (with the largest potential impact on reducing pollutant concentrations in residential areas) are the westward extension of Rudná Rd. and the Northern Link Road project (noise and emissions reduction are two main targets).

Cycle transport will be supported by a bikesharing scheme and the construction of new cycle routes in the city and the surrounding area. The city is also dedicated to the long-term promotion of active mobility. 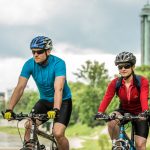 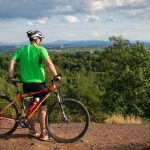 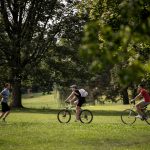