Most people sort waste in Ostrava, its recovery rate is still growing

Most people sort waste in Ostrava, its recovery rate is still growing 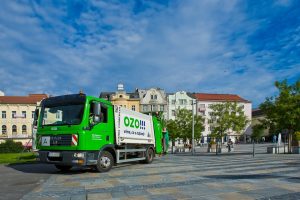 The recovery rate of municipal waste from Ostrava households is growing every year, reaching almost 48% last year. The reason is that inhabitants of Ostrava know and use the municipal waste management system much better.  Over 90% of them have plastic, glass and paper separation containers within reach of their home, and about 80% of them actually sort these commodities. They also use collecting yards much more.

At the end of 2018 a questionnaire survey was conducted among the citizens of Ostrava on waste management in the city. The questions were deliberately the same as in the 2005 and 2008 surveys in order to trace trends in the behaviour and attitudes of the citizens.

Over the past 13 years, people’s satisfaction with the waste system and services that the city has built together with its waste company OZO has increased. The biggest increase in satisfaction was seen in sufficient capacity of mixed and separated waste containers and in sufficient information about waste management in the city. The majority opinion has not changed – the main problems with waste are caused by the citizens themselves (throwing away waste outside bins, not sorting, etc.). This view has become more wide-spread over the years. Almost half of the respondents do not even know how the waste management system in Ostrava could improve.