(Czech: Národní přírodní památka) Smaller natural features – especially geological or geomorphological formations, mineral deposits, or habitats of rare or endangered species in fragments of ecosystems – with national or international ecological, scientific or aesthetic significance (including sites where human activity has played a role in the formation of natural features).

The Landek National Natural Monument was created in 1966. It occupies a specific position among Ostrava’s specially protected areas due to its location (on an elevated spur above the confluence of the Odra and Ostravice rivers between Petřkovice and Koblov), its geographical structure (outcrops of coal-bearing seams), its history (Landek was the site of some of the earliest human coal use in the world), and its relatively well-conserved and varied woodland species.

The natural gorges and slopes are the site of valuable fragments of tall forest including beech, oak and maple. The entire Landek hill used to be covered by beeches, with silver fir also occurring naturally.

In the 18th century, when coal began to be mined using a system of adits (horizontal tunnels), ventilation shafts were created leading from the adits up to the surface, and the trees were cleared from the areas around the mouths of the shafts. In the early 20th century these cleared areas were planted with non-indigenous species such as red oaks and Scots pines; other self-sowing species such as black locust trees also spread. These are currently being replaced by examples of the original indigenous species.

On the slopes of Landek hill, the Odra River has uncovered Carboniferous rocks (over 300 million years old). The rock wall (almost 2 km in length) consists of alternating sandstones and claystones, with occasional coal seams. The rubble under the seams contains fossils of Carboniferous-era horsetails, clubmosses and ferns.

Beech forests in the Ostrava region are unique due to their occurrence at relatively low elevations above sea level.

This tall perennial plant with prominent flowers grows in low-density forests. It is classified as a rarer species on the Red List, and under Czech legislation it is an endangered species.

This rhizomatous perennial grows in shady forests and undergrowth. It flowers from May to June. 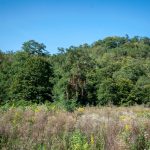 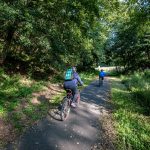 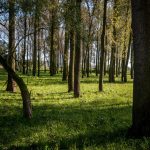 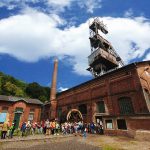 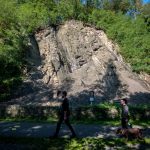 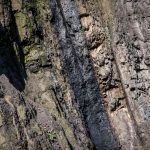 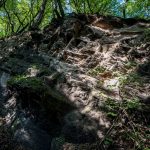