(Czech: Přírodní památka) Smaller natural features – especially geological or geomorphological formations, mineral deposits, or habitats of rare or endangered species in fragments of ecosystems, with regional ecological, scientific or aesthetic significance (including sites where human activity has played a role in the formation of natural features).

The Turkov Natural Monument is the site of a former pond system in the municipal districts of Třebovice, Pustkovec and Martinov; it exhibits various stages of overgrowth of the pond system. The raised embankments (dykes) with 200 year-old oaks indicate the former layout of the ponds. Alder carrs are present in the wettest parts, and on the drier ground of the drained ponds are riparian forests with elements of oak and hornbeam woodland. Turkov is known for its extensive populations of yellow irises. Due to the occurrence of amphibians and birds, the Turkov Natural Monument is classified as a wetland area of local importance under the Ramsar Convention.

A perennial rhizomous marshland plant with sword-like leaves, flowering in May. Yellow irises thrive in wet and muddy ground.

This fungus grows year-round on decaying dead wood from deciduous species, especially willow and alder. The sporocarps grow individually, in rows or in clusters overlapping each other.

The fumewort grows in low-density groves and riparian forests, where it flowers from March to April. On the Red List it is ranked as a rarer species requiring attention. 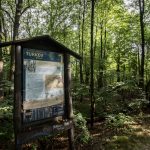 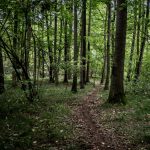 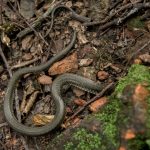 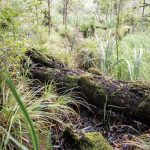 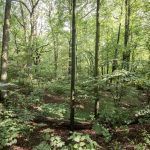 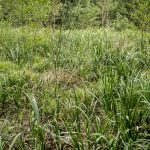 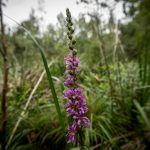 The Heřmanický Rybník (‘Heřmanice pond’) Natural Monument is situated partly within Ostrava (the Heřmanice municipal district) and partly within the neighbouring municipalities of Bohumín and Rychvald. Comprising five ponds (Heřmanický, Lesník, Nový Stav, Figura, Záblatský), it is of exceptional importance due to the occurrence of protected bird and amphibian species. It represents an ideal habitat partly due to the water quality and partly due to the extensive reed beds (over 100 hectares), whose size makes them unique in North Moravia. Another important feature is the riparian forest in the areas between the ponds themselves.

The pond system is ranked as a wetland area of supra-regional importance (designated as the Ostrava-Bohumín Pond System). It is also a Special Protection Area under the EU Birds Directive (SPA Heřmanský Stav-Odra-Poolší) and a Site of Community Importance/Special Area of Conservation under NATURA 2000 (Heřmanický Rybník).

A perennial grass which grows in beds along the banks of standing water, where it creates what are almost monocultures.

The great horsetail grows up to two metres; it occurs in waterlogged ground and marshy forests. It is categorized as a rarer species with more frequent occurrence in the Ostrava region. 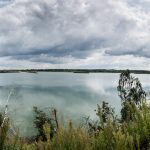 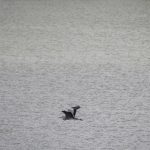 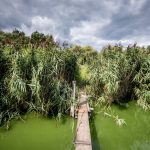 The Kunčice erratic boulder was declared a Natural Monument in 1990. It was found in 1954 by builders digging foundations for a foundry. The boulder is now located outside the ArcelorMittal metallurgical complex in Vratimovská Street. It is the largest erratic boulder yet found in the Czech Republic.

The Poruba erratic boulder was declared a Natural Monument in 1990. In 1928 it was removed from the bed of a stream in Poruba, and it is now located in Vřesinská Street. It has the longest axis of any erratic boulder in the Czech Republic. 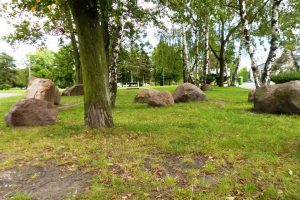 The Rovniny erratic boulders were declared a Natural Monument in 1964. They are a group of relatively small boulders that were discovered in 1958 when excavating sand in Hlučín-Rovniny. The boulders are now located in the Black Meadow (Černá Louka) exhibition centre complex.