This Protected Landscape Area (PLA) is located to the south-west of central Ostrava. Poodří means ‘Odra valley; it is a unique area whose landscape is formed and conditioned by the natural meanders of the Odra River. The Poodří PLA contains well-conserved riparian forests, aquatic and wetland vegetation in an area that also includes the remnants of medieval pond systems and alluvial meadows with scattered examples of timber species.

Although only the north-east part of this PLA lies within Ostrava’s boundaries, it is the city’s largest Specially Protected Area. The Poodří PLA is classified as a wetland area of international importance under the Ramsar Convention; it is also a Special Protection Area (SPA) under the EU Birds Directive and a Site of Community Importance/Special Area of Conservation under NATURA 2000. It is classified by Czech legislation as a Protected Landscape Area (‘Chráněná krajinná oblast’, listed in 1991), along with the Polanská Niva National Nature Reserve, the Polanský Les and Rezavka Nature Reserves, and other reserves situated outside the city boundaries (Kotvice, Bartošovický Luh, and others).

A typical wetland species found in areas of standing and slow-flowing water and oxbow lakes in the Poodří PLA. It flowers between June and August. It is on the Czech Republic’s Red List, ranked among rarer plant species requiring attention.

Also known as bear’s garlic, this is a prominent species in the spring, when it covers large areas in the riparian forests along the Odra River. The Poodří PLA is also a habitat for the subspecies Alium ursinum subsp. ursinum, which is on the Czech Republic’s Red List, ranked among rarer plant species requiring attention. Wild garlic is a delicious herb with medicinal properties. 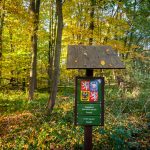 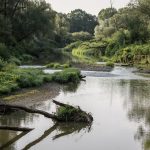 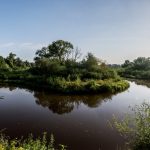 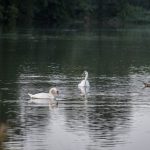 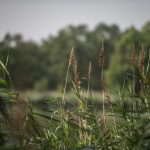 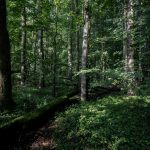