There is a great interest in planting in the Youth Orchard

There is a great interest in planting in the Youth Orchard

Last week saw the seventh planting of trees in the Youth Orchard in the Bělský Wood in the Ostrava-Jih city district. 54 new trees were planted in by families and their children. The planting was available to anyone who wanted to plant a young tree for his child or grandchild to honour his or her birth, taking the notional roots in Ostrava-Jih.

At the opening of the event, former Deputy Mayor František Staněk, who started the popular tradition, handed over the imaginary sceptre in the form of a spade to his successor, Deputy Mayor Otakar Šimík.  “I will be very happy to continue the tradition of planting in the Youth Orchard. This park is often visited by whole families on their walks. A big thank you to the Ostrava City Forests and Greenery, who were very helpful in allowing the planting.

The most popular tree was common oak.

There were three tree species to choose from. 11 common beeches, 30 common oaks and 13 wild cherries were planted. For CZK 800, each family also received a commemorative certificate and a post with a sign (including one reserve sign in case the first one gets destroyed or stolen), indicating the type of tree and to whom and by whom it was donated. 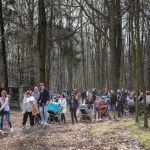 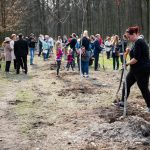 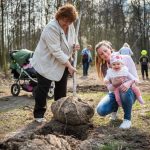 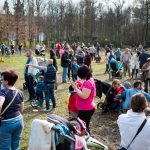 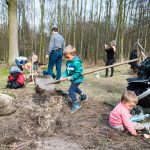 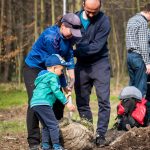 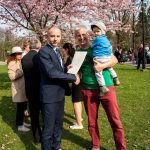 The City District Authority cooperated with the company Ostrava City Forests and Greenery. The entire fee is paid in the form of a donation to this company, which takes care not only of securing all that is necessary for planting, including a post with a sign, but also aftercare. The City District Authority informs, registers candidates and issues commemorative certificates.

Those interested in autumn planting can already call 599 430 344 or send an e-mail to: sadymladych@ovajih.cz or a letter to the Ostrava-Jih City District Authority marked “Sady Mladých”.