The castle in Silesian Ostrava recently hosted the finals of the “Find the Source” competition – an annual event (now in its 18th year) for primary school children from Ostrava.

The idea behind the competition is to introduce children to the world of water in a fun and entertaining yet also educational way – helping to cultivate an interest and a respect for water that should last a lifetime. Around a thousand children participated in this year’s competition, and the finals featured the 26 best teams out of 42 entrants. The overall results reflected the teams’ scores in a range of quizzes and practical events. 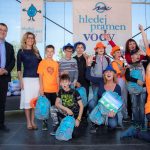 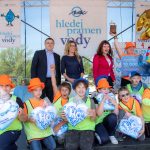 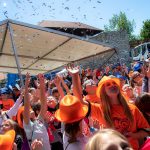 The winners of the 2019 “Find the Source” competition were the “Young Explorers” team from the Vratimov primary school, who received a gift voucher for 15 000 CZK.

“I’m delighted that the number of children participating in our competition has grown considerably in recent years. It’s an encouraging signal that the younger generation is starting to take a closer interest in water, and indeed in nature as a whole – showing that they really care about the future. It reflects a global trend towards greater environmental awareness among the younger generation.”

“The City of Ostrava has a very positive attitude to nature and the environment – and of course this is a field where children play a hugely important role. Not just because fundamental attitudes are mainly formed during childhood, but also because children can have a positive influence over their parents. That’s why we decided to provide funding for this competition.”

The final of the “Find the Source” competition is structured as a fun event for children, with plenty of interactive elements: quizzes, water-based experiments, games, tournaments, cabaret-type performances, an inflatable climbing school, a transport museum, a virtual police presentation, and demonstrations by members of the emergency and rescue services.

The competition is organized by Ostrava’s water management company OVAK, and the City of Ostrava is a project partner.