These are features of the landscape with particular ecological, geomorphological or aesthetic value, which help to give the landscape its special character or maintain its (eco)stability.

Ostrava has numerous landscape features that are classified by Czech legislation as important landscape features. Because the city is situated at the meeting-point of four major rivers (the Odra, Ostravice, Lučina and Opava), these features include not only forests, watercourses, lakes and ponds, but also alluvial plains – i.e. the floodplains along the banks of rivers.

Typical features of alluvial plains are their flat topography (with soil deposited as sediments by the river) and the importance of water in their ecosystems. They are characterized by their typical alluvial vegetation, including woodlands and meadows with scattered timber species.

Ostrava has a total 129 landscape features registered by the nature conservation authorities. They vary considerably; most of them are small groups of trees (copses) scattered throughout the landscape in non-woodland areas, parks, cemeteries, and avenues of trees. Rarer types include wetlands, meadows, pastureland and free-standing trees.

The largest important landscape feature is Na rybnících – situated in the western part of the municipal district of Hrabová. The area measures more than two kilometres from north to south. It consists mainly of agricultural land on the site of former fishponds (the name ‘Na rybnicích’ means ‘on the ponds’). The raised earth embankments (dykes) that used to separate the individual ponds are now used as farm tracks, and they are lined by trees and other vegetation. Several small streams flow through the area, with vegetation along their banks and several small wetland areas. The ponds were established in the 16th century, and the structure of the system corresponds with the layout depicted on maps dating from the second half of the 18th century.

Adjacent to Těšínská Street (a main arterial road running through the municipal district of Slezská Ostrava) is the registered important landscape feature of the central cemetery – a large expanse of parkland with considerable cultural and historical significance. The cemetery is one of Ostrava’s most important park-type areas – not only in area, but also in terms of the number of visitors and the number of timber species planted there.

The ‘pearl’ of the municipal district of Třebovice is the Třebovice park – a registered important landscape feature that used to be part of a larger area of historic parkland belonging to a former chateau. The park is not large, but it is home to five historical trees.

A large part of the municipal district of Pustkovec is formed by the Pustkovec valley registered important landscape feature. This near-natural landscape consists of scattered trees and bushes, a small stream and a pond. Its location – surrounded by high-density residential neighbourhoods – makes it one of Ostrava’s most popular landscape features, visited for recreational purposes by people from various parts of the city. 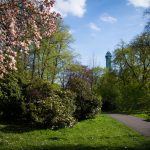 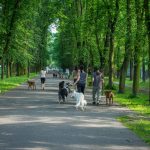 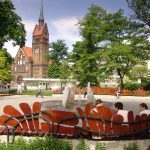 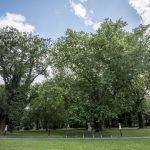 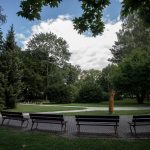 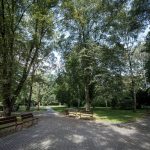 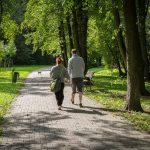 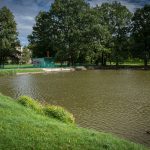