(Czech: Přírodní rezervace) Smaller sites of concentrated natural values including ecosystems that are typical of and important for the particular geographical area.

The Polanský Les (‘Polanka forest’) Nature Reserve is protected primarily due to its relatively large area of riparian forest with its representative populations of timber species and the oxbow lake systems formed by the meandering Odra River. Between Výškovice and Zábřeh (two southern districts of Ostrava) the course of the Odra has been altered to remove meanders, and flooding only occurs in the Nature Reserve when the water level in the river is extremely high. The old oxbow lakes remain dry for most of the year. However, the riparian forest is supplied with water by a mill-race and its tributaries. This enables the maintenance of a sufficient level of moisture, without which the landscape would undergo qualitative changes. Typical plants here are snowdrops and wild garlic.

In the early spring, the riparian forests and the margins of the alluvial meadows along the Odra River are carpeted with the white flowers of snowdrops. The snowdrop is classified as an endangered species in the Czech Republic, and it is legally protected as such. It is also listed in the Convention on International Trade in Endangered Species (CITES), and it is a protected species in the European Community.

Hacquetia epipactis is found in forests in mountains, foothills and the lowlands of the Poodří area, where it flowers from April to May before the leaves develop. This herbaceous perennial is classified as a rarer plant species in the Czech Republic. 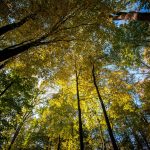 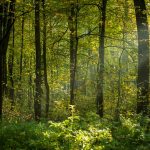 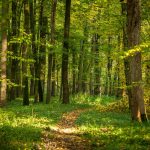 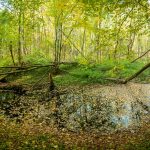 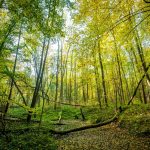 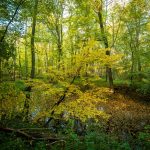 The Rezavka Nature Reserve is situated adjacent to the section of the Odra River between the Ostrava districts of Zábřeh and Svinov; the course of the river has been altered along this stretch to remove meanders. Rezavka consists of a body of water surrounded by extensive reed beds (on the site of a former fish-pond) and other bodies of water formed as a result of coal mining subsidence which caused the ground to sink and form hollows. The old meanders of the Odra River provide a habitat for high-quality riparian forest and alluvial meadows. The main axis of the site is a ditch (formerly the course of the Odra) supplied with water by a mill-race. This ensures the maintenance of a sufficient level of moisture, because otherwise the area is only flooded when the Odra River itself floods. Rezavka is a natural continuation of the Polanka forest (Polanský Les), though the two areas have been separated by a railway embankment for several decades.

The older parts of the riparian forest are home to a sizeable population of Eastern arum, which ranks among the rarer Czech plant species. The plant is prominently visible thanks to both its flowers and multiple fruits. This particular species is found only in Moravia.

The common toothwort is prominent only in the spring, when it develops a pink stem with white leaves and pink flowers. It is parasitic on tree roots, so the majority of the plant is underground. 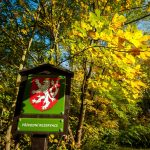 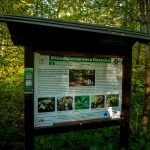 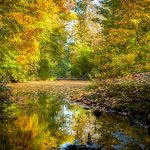 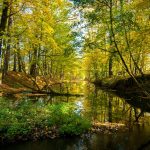 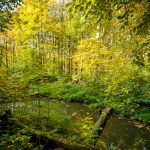 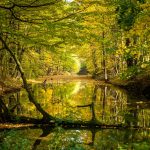 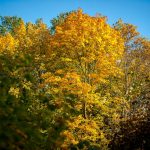 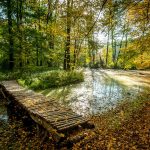 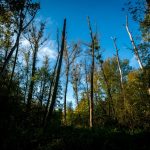 This pond, flanked by smaller pools and wetland meadows, is located on the northern boundary of the city and forms part of the floodplain of the Opava River. The shallow pond, with reed beds and sedge, provides an ideal habitat for aquatic birds and amphibian species. The stable occurrence of protected plant and animal species makes this one of the most valuable nature reserves in Ostrava. It is classified as a wetland area of supra-regional importance under the Ramsar Convention, a Site of Community Importance/Special Area of Conservation under NATURA 2000, and under Czech legislation it is a specially protected area categorized as a Nature Reserve (Přírodní rezervace).

The Štěpán pond is home to this perennial aquatic plant with floating leaves and large, prominent flowers that can be seen from May to August. The European white water lily is a critically endangered species in the Czech Republic, and it is legally protected as such.

The presence of brook thistles indicates the high quality of the wetland meadows in the Štěpán reserve; this species lives in waterlogged areas. The main area of occurrence in the Czech Republic is in north-west Moravia.

The meadow geranium is found primarily in wetland meadows.

This small annual aquatic fern is a critically endangered species according to Red List criteria and Czech plant conservation legislation. It occurs in its natural habitat only in North Moravia; other occurrences (in Bohemia) are in secondary habitats.

This carnivorous aquatic plant has submerged leaves featuring numerous bladder-shaped insect traps. The lemon-yellow flowers are on long stems that protrude above the water surface. This aquatic bladderwort is classified as a rare species requiring attention, but it is not legally protected. 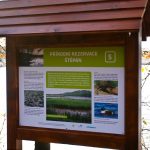 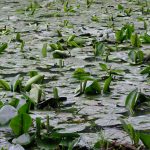 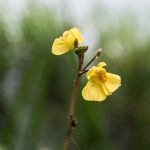 The river terrace on the left bank of the Odra between Polanka and Svinov has been preserved at Přemyšov. The slopes of the terrace are the site of around twenty springs which feed the wetlands and the shallow pools. Oak and hornbeam woodland in the upper parts of the terrace give way to riparian forest at lower elevations. Marshy forests and willow carrs are found in the wettest areas. The Přemyšov Nature Reserve is a unique example of forest habitats as they existed on the Odra terraces before the large-scale settlement of the floodplain began. It is classified as a wetland area of regional importance under the Ramsar Convention, and under Czech legislation it is protected as a Nature Reserve (Přírodní rezervace).

The marsh marigold grows in moist to wet areas such as waterlogged meadows, near springs and in wetlands. It flowers between April and June.

The marsh fern grows in waterlogged and marshy ground. It occurs extensively at Přemyšov. It is an endangered species in the Czech Republic, and it is legally protected as such. 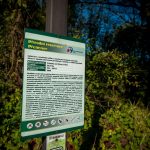 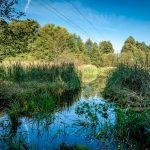 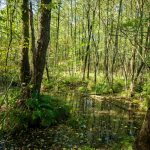 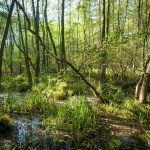