The annual “Bike to Work” competition was held for the ninth time running this May.

The competition is targeted at all cyclists, runners and pedestrians who not only want to improve their fitness, health and mood, but would also like to contribute to better air quality and a cleaner, safer, more pleasant urban environment. This year’s project involved 1024 participants from Ostrava (compared to 667 in the previous year), who put almost 219 000 km into the city’s “kilometre account” by cycling, running or walking to work, competing against their counterparts from other Czech towns and cities.

The precise distance covered by all Ostrava participants was 218 995.6 kilometres, representing a saving of 28.245 tonnes of CO2. The average distance covered by each participant was 213.8 km. The most prolific cyclist covered 2 523.7 km, and not far behind was another cyclist with 2 270.8 km. Runners also performed impressively. Male runners covered greater distances – the most prolific participant from Ostrava managed almost 700 km, while the best female runner covered around 350 km. The prize draw for the most regular cyclists, runners or pedestrians featured 115 teams (41% of the total 275 competing teams), who managed to make at least two-thirds of their journeys to work by bike or on foot. 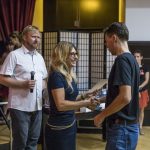 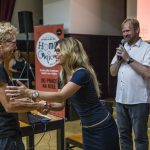 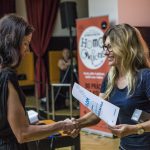 The average distance covered by Ostrava’s cyclists on each journey was 12.2 kilometres – putting Ostrava in second place within the large cities category. In terms of absolute numbers of participants, Ostrava was fourth (behind Prague, Brno and Plzeň). In the other disciplines (distance covered and CO2 savings), Ostrava finished in third place.

The main topic of the ninth “Bike to Work” competition was “Homo cykliens”. According to the competition’s organizers from the Auto*Mat association, the idea was to express a new approach to urban mobility and celebrate the birth of a “new species” of person, somebody who is equipped with a mountain bike, road bike, folding bike, kick-scooter or running shoes – all of which are much more effective equipment than a car when moving through the urban jungle, regardless of age or sex.

The “Bike to Work” challenge is held every year from 1 May to 31 May. Besides bringing enjoyment to its participants, the competition also collects useful information about the actual routes that people use when commuting to work. The challenge is open to people of all age groups, whether they travel to work or to school.